Before Kris Dudchak joined the faculty at Knopman Marks, he was a student here training for the SIE, Series 63 and Series 79.

Like many candidates taking securities exams, Dudchak was prepared but still felt anxious. “I had this lingering feeling that if I didn’t pass, I wouldn’t be able to work the job I grinded to get,” he recalls. “Or worse, my colleagues would think I wasn’t fit for the role.”

Anyone who knows Dudchak’s strong work ethic and track record of achievement isn’t surprised that he passed both exams on his first attempt. Though a teaching career soon beckoned, he enjoyed a stint as an investment banking analyst in the global healthcare group of a well-known bulge bracket bank. He believes the experience of working in the financial industry has made him a better teacher.

“I really understand what our students are going through,” Dudchak says. “I’ve been in their shoes.”

He quickly discovered that he feels more at home in front of a class, sharing his knowledge than evaluating the strategic and financial implications of business decisions as an investment banker. From the first time he stood in front of a classroom as a TA at Emory University when he was a student there, he was hooked. Joining the faculty at Knopman Marks offered Dudchak a way to “combine what I love with what I know.”

Being able to perform at your best in any high stakes situation is achievable, Dudchak says. I love the fact that I now get to help our students learn how to do this. 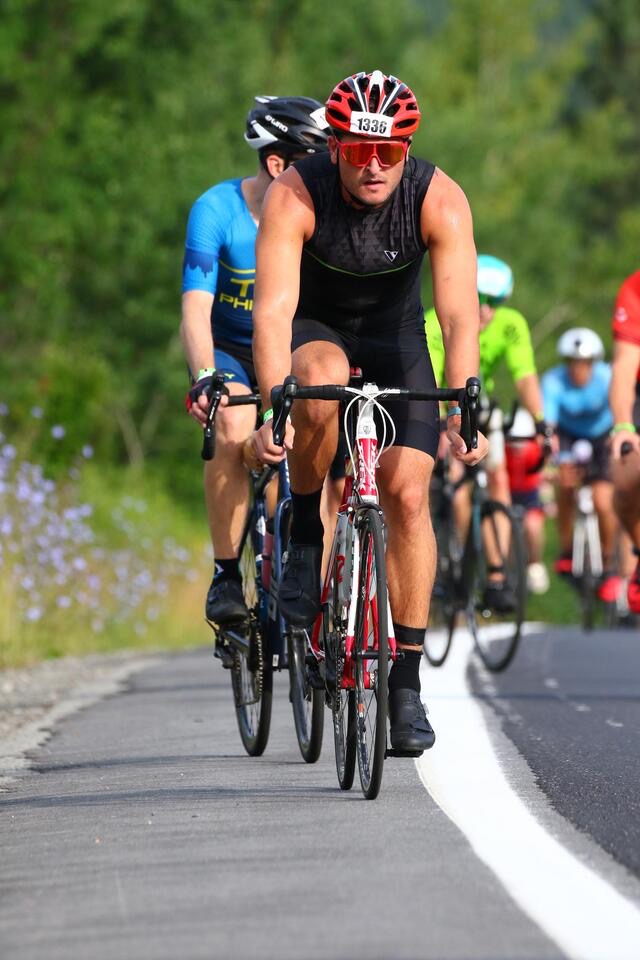 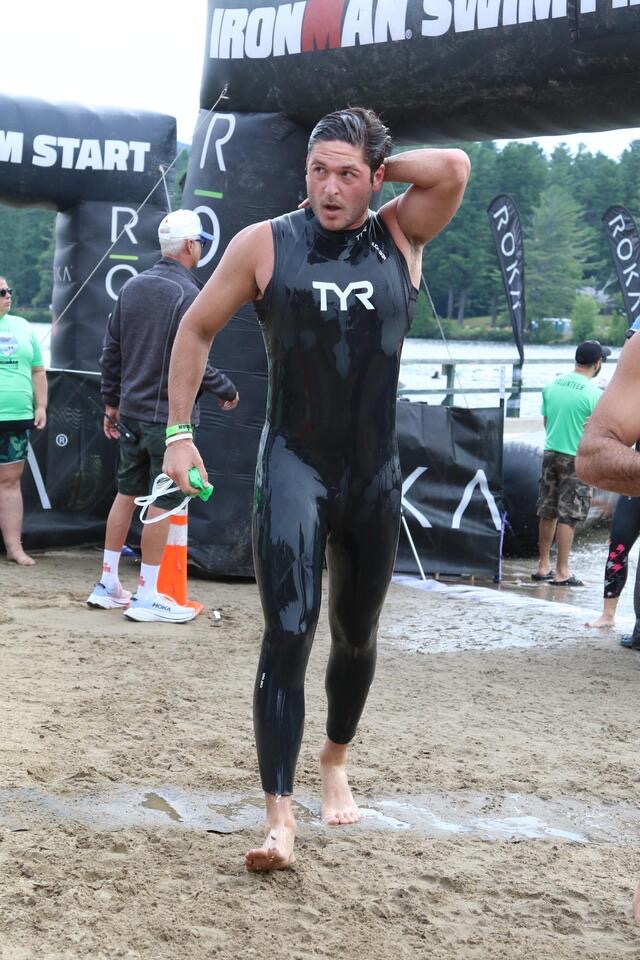 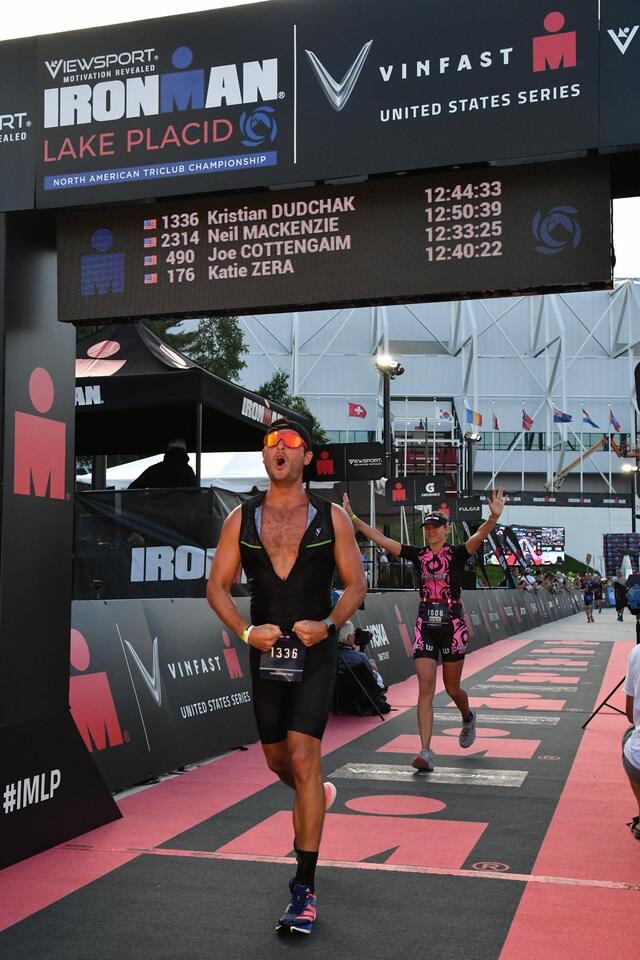 From Securities Exams to the Ironman Triathlon

Dudchak remembers his first instructor at Knopman Marks, Brian Marks, president of the company, noting that prepping for two or three securities licensing exams in a row is more like training for a marathon than a sprint: You need to pace yourself, be consistent, build stamina, and have a vision of why this goal is so important to you so that you can keep your energy high despite setbacks along the way.

Brian reminded us that you will start off with lots of errors in the beginning, Dudchak recalls. But that’s okay, because if you trust in the process, everything will come together on game day.

That advice helped not only when prepping for the SIE, Series 79 and Series 63 exams but also while training for the Ironman triathlon in Lake Placid, N.Y., this summer. The grueling race consists of a 2.4-mile swim, 112-mile bike and a 26.2-mile run. It’s widely considered one of the most difficult one-day sporting events in the world. Dudchak managed to finish in 12 hours, a full hour ahead of his goal.

Seven months of training for the big event included waking up at 5 a.m. for many mornings to get in a workout. What kept Dudchak going on those days when he didn’t want to get out of bed? A quote served as his inspiration:

“Do not assume it’s impossible because you find it hard. Recognize that if it’s humanly possible, you can do it too.” – Marcus Aurelias 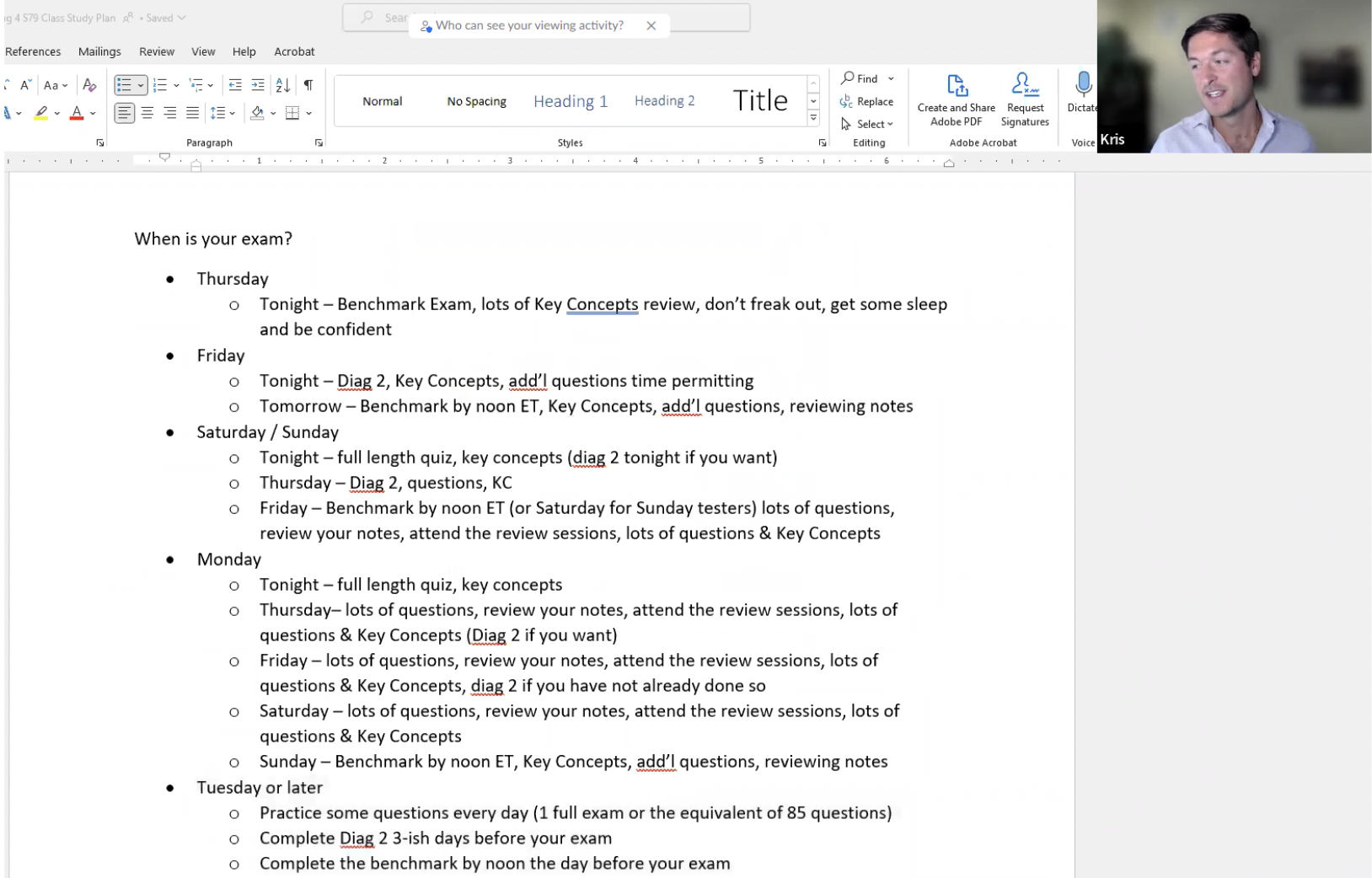 Dudchak joined Knopman Marks as an analyst and was promoted to an associate within nine months. He remembers connecting during the interview process and feeling “this is my place,” he says. “Everyone I interacted with had passion, talent and ambition. They also had a willingness to listen. I was drawn to the entrepreneurial spirit of my peers-to-be and was determined to become an integral part of the company.”

His teaching style is modeled on the Knopman approach of delivering complex content in an engaging, entertaining way. “Brian and Ian [Franklin] both taught me,” he says. “They were funny and smart and made the classes fun. They blended their expertise with showmanship–that’s the gold standard.”

What makes Knopman Marks a revolutionary exam prep company, Dudchak says, is helping people master the content and also deal with their emotions while preparing for and taking their exams. “Most people grit their teeth and get through the stress and anxiety,” he says.

“We offer our VIBES approach so that our students have tools to manage their emotions. This makes all the difference in their ability to perform at their best.”

Dudchak attributes his strong work ethic to his parents, both immigrants from Ukraine, who taught their son that success comes with hard work.

“My parents came here with nothing, and little to no English,” he says. “They had degrees from top universities in Ukraine, but in the U.S., my mom cleaned homes and my dad worked in construction.”

Epitomizing the American dream, their hard work paid off and the family now owns a successful business. “It’s up to me to continue that legacy,” Dudchak says.

After having a single-minded focus on academic success while growing up, Dudchak decided that he wanted to lead an exhilarating lifestyle as an adult. “I sacrificed personal pursuits and was risk-adverse most of my life,” he says.

He set about to change that when the COVID-19 pandemic hit, investing in a motorcycle and seeking adventures. “I learned how to ride a motorcycle, and went to Hawaii to learn how to surf,” he says. “I actually ended up touring the entire Island of Maui on a Harley-Davidson.” When he wasn’t cruising the island, he could be found hiking a volcano, cliff jumping in the rainforest, snorkeling off the coast of Maui, or surfing his favorite beaches.

“Well-rounded people are full of stories,” Dudchak says. “I wanted to get out of my comfort zone, experience new things, and then share my experiences and what I learned.” 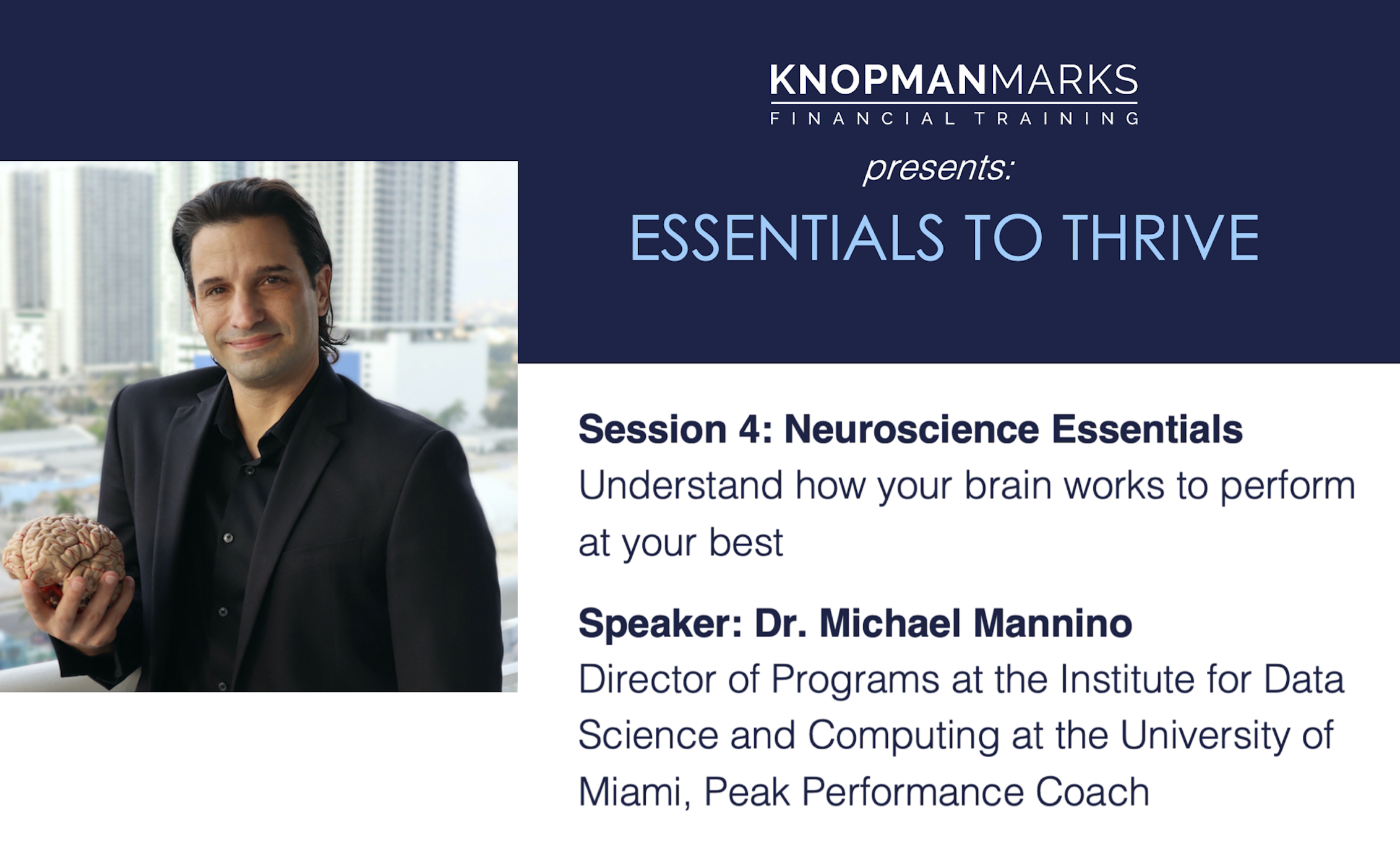 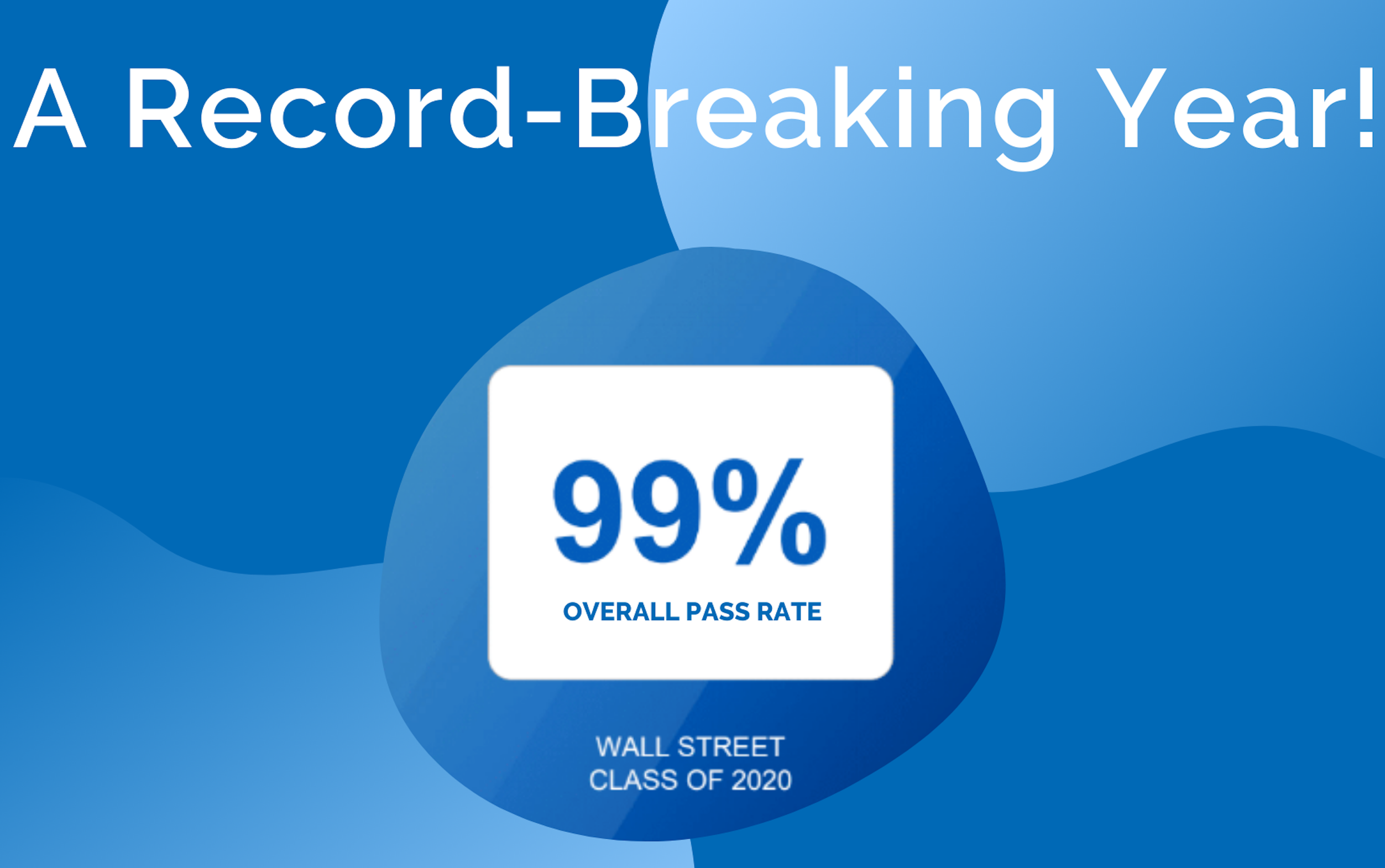 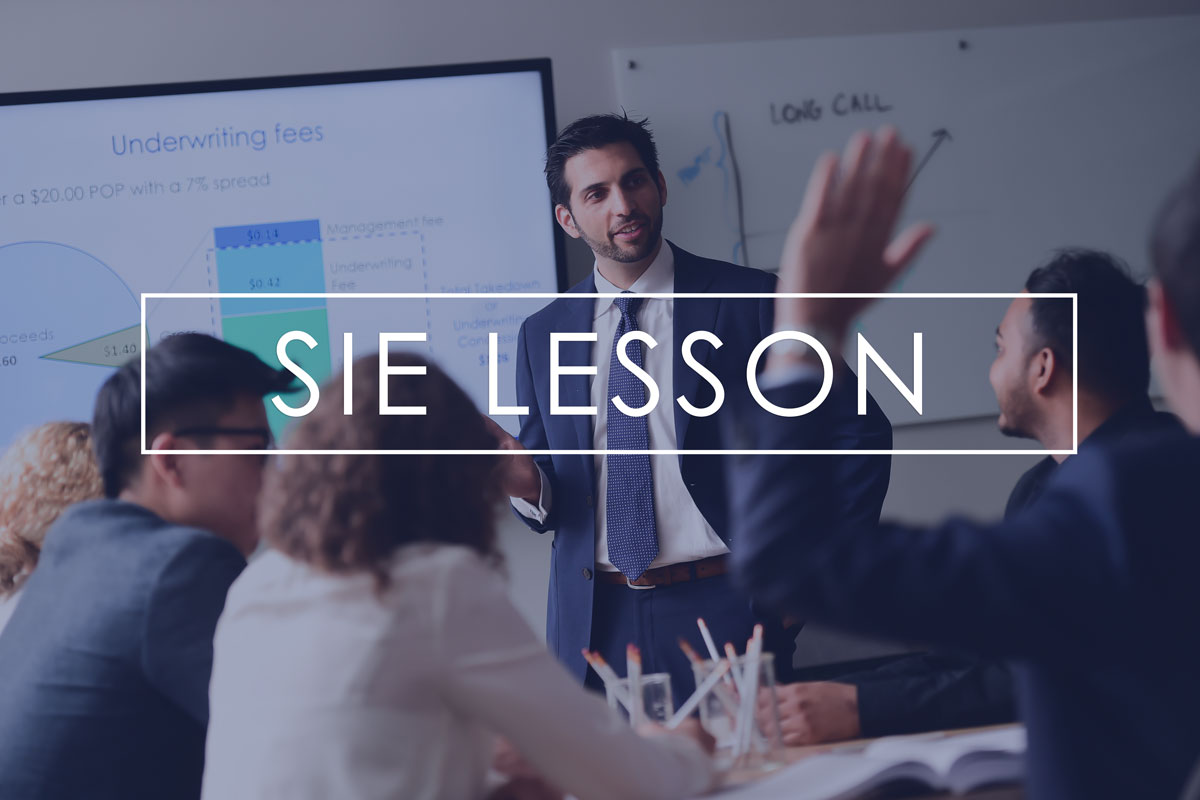