Additionally, paste this code immediately after the opening tag:
Menu

Regulation A+ has arrived!

Regulation A+ has arrived! 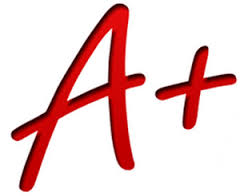 A long standing exemption from the rigorous registration requirements of the Securities Act of 1933 has been Regulation A, which provides that a non-public company can raise up to $5,000,000 in capital over a 12-month time period without having to file extensive regulatory documents with the SEC. The regulatory requirement under Reg A is for the company to file an “offering circular” with the SEC.  This is sometimes described as a “mini-IPO”, allowing public solicitation of all types of investors.  Regulation A was never a heavily utilized platform for capital raising due to the modest amount of cash an issuer could raise, coupled with the necessity to file the offering and pay fees in every state where the security would be sold.

The new Regulation A+ creates an attractive new option for a well established private company seeking to raise capital without going public, while at the same time allowing investors an opportunity to gain access to exciting new companies at an earlier stage in their growth.

One of the mandates of the JOBS Act, passed by Congress in 2012, was to increase the size of a potential offering under Regulation A.  The newly passed Regulation A+ will allow issuers to choose from one of two tiers of registration-exempt offerings.

In a Tier 1 offering, eligible issuers may offer and sell up to $20 million of securities in a 12-month period, of which no more than $6 million may constitute secondary sales by security holders that are affiliates of the issuer.

In a Tier 2 offering, issuers may offer and sell up to $50 million of securities in a 12-month period, of which no more than $15 million may constitute secondary sales by affiliates.

In sum, the new Regulation A+ offers an alternative for non-public companies to raise more significant amounts of capital from investors without becoming fully registered public companies.